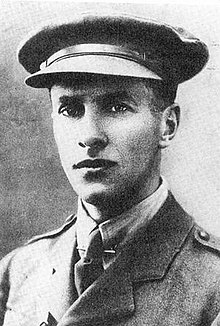 The New York Times is one of the most prestigious newspapers in the world, with a global influence and reach. Many consider it to be the most respected news source in the world. This is because it has won many awards for its journalistic integrity, such as the Pulitzer Prize. The Pulitzer Prize is an award for achievements in newspaper, magazine and online journalism, literature, and musical composition in the United States. The New York Times has won 127 Pulitzer Prizes in various categories. Usually, the awards go to their journalists, emphasizing its integrity and reputation. However, its reputation is not without blemishes.

In 1932, the Times’ Moscow Bureau Chief Walter Duranty won America’s most coveted award for journalism for his coverage of Soviet life in the 1930s. Walter Duranty headed the Times’ Moscow bureau from 1922 to 1936 and wielded great influence in shaping American attitudes toward the Soviet Union during his tenure. Duranty used his access to write glowing reports of what was happening in the Soviet Union, which gave him access to top officials. He secured the first interview for an American newspaper with Josef Stalin himself. He quickly became the regime’s favorite correspondent and always presented it in a positive light. This access allowed him special insight. In 1932, he won the Pulitzer Prize for a series of articles about the Soviet economy.

His accolades and access made him seem to be the most qualified journalist to cover the famine that broke out in 1932 in the major grain-producing areas of the Soviet Union, especially Ukraine. His connections to decision makers should have made it easy for him to provide accurate reporting of what was happening. However, in order to keep the access he had to top officials, he instead published articles that significantly downplayed the significance of the story.

Stalin intentionally caused the famine, as he saw the farmers of the area as a threat to the Communist regime. This is because they were hesitant to support the regime and had nationalist tendencies. In 1932 and 1933, Stalin imposed impossible demands on the farmers for grain and other foodstuffs through the forced collectivization of agriculture. He did so through threat of force and executions. By the spring of 1933, the people of Ukraine were reduced to eating grass, tree bark, earthworms, their livestock, their pets, and anything else they could find. It’s estimated that between 4 and 9 million people died.

When other journalists and newspapers released stories about the famine, Duranty dismissed them as anti-communist propaganda that was intended to illegitimize the regime. In his article “Russians Hungry but Not Starving,” he argued that while malnutrition was a problem in parts of the USSR, it was nowhere near the levels that other journalists were claiming and that there was no famine. However, British Foreign Office documents show that Duranty confided to a diplomat at the British Embassy in Moscow that he believed around 10 million people had died in the famine, showing that he knew his articles were untrue. Duranty’s word was considered trustworthy, and therefore the problem wasn’t taken seriously by other states as a situation where their help was needed. This dismissive coverage of Ukraine led President Franklin Roosevelt to officially recognize the Soviet Union because he thought that the USSR was thriving and had valuable potential for a formal economic relationship. Malcolm Muggeridge, a reporter for the Manchester Guardian, and Gareth Jones, a freelance journalist, both covered the USSR during this time. They continued to report on the ongoing famine, which got them banned from returning. This is because the top officials of the state only wanted positive coverage of the happenings in their regime, and they had the power to control who was permitted and where. They deemed the contents of their publications libel, making it seem that they were kicked out because their reporting wasn’t factual. By keeping Muggeridge and Jones out of the USSR and they could keep information about the status of the famine in.

Duranty’s false coverage of the event had real consequences. Had Duranty offered accurate and detailed reporting, like Muggeridge and Jones, he may have lost his access to decision makers and the lavish life that came with it. Yet he could have saved countless lives by publishing the truth. The most troubling part of the story is that Duranty knew that the famine was severe and yet used his platform in a way that made it impossible for anyone to know the truth about it.

A campaign launched in 2003 by Ukrainians demanded that the Pulitzer Prize Board posthumously strip Duranty of the prize. They accused Duranty of using his platform to help Stalin cover up an extermination campaign that claimed millions of lives. Ultimately, the board declined to revoke the award. A press release in 2003 stated that with regard to the 13 articles by Duranty from 1931 submitted for the award, “there was not clear and convincing evidence of deliberate deception, the relevant standard in this case.” The board claimed that the story of the famine was unconnected to the stories that earned Duranty the prize, and therefore the prize did not have to be revoked. While it’s true that the articles that won the prize were not related to the articles that he published about the famine, their refusal to revoke the award still allows a journalist without integrity to have his name attached to one of the highest awards a journalist can receive.

In most cases, a journalist’s reputation is imperative to determining whether or not their claims are credible. Duranty was considered a reputable source, and therefore his deliberate misinformation was not questioned, and the information spread, despite conflicting reports from other journalists at other institutions. His misinformation swayed public opinion about the USSR because of his journalistic clout. Millions of people died across the USSR while Duranty reported events through rose-colored lenses, likely to stay in good standing with a brutal dictator.

When prominent media sources provide a platform for false and misleading information and stories it hurts their image and the way that their consumers view them.  The New York Times has come under fire for its role in publishing the pages he wrote for them, which has called into question their reputation as a news source, especially in recent times. This feeds into the general population’s mistrust of the media. Breeding distrust of news sources like the NY Times, which is on balance a fairly reliable news source, is bad for American democracy. The basis of democracy is a common understanding of the facts and information that becomes basis for negotiation and compromise. When the sources of the information are no longer trusted, the foundations are at risk.

Duranty’s experience exemplifies the idea of access journalism. Access journalism prioritizes time with important or otherwise influential people over journalistic objectivity and integrity. It makes journalists more willing to write favorable accounts of their subjects, because they’re concerned about protecting their ability to be able to access them in the future. Duranty published positive articles about Stalin because he wanted to keep his status as a journalist who could report directly from the direction of the dictator.

Access journalism and the platforms that sponsor it contribute to distrust in media that may otherwise be reliable. It causes people to disengage from political and social realities, which in turn threatens democracy. It’s important that those responsible for atrocities like the Ukraine famine are held accountable, just as other journalists at the time spoke up and did their part to report on the terrible truth of what was going on in the Ukraine. This important piece of the history of the USSR would have been forgotten if other journalists hadn’t stepped up to do what Duranty failed to do. There is hope that there will always be someone there who will bring the truth to light, and these are the people who really deserve the Pulitzer Prize.